Can Going to Church Improve Your Mental Health? 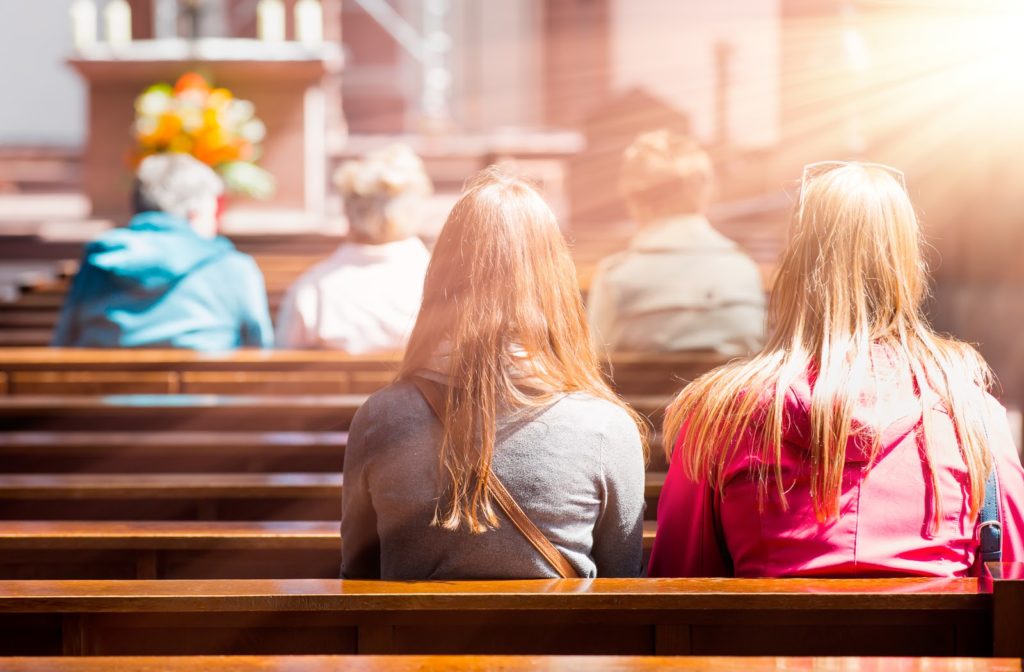 For many, mental health is an uphill battle filled with obstacles that can be difficult to avoid. Depression, anxiety, panic disorders, and many other mental illnesses are prominent issues in many communities, including our own Brampton. This blog explores the possibility of worship services being an aid for those with mental health issues.

How Mental Health Affects Us

In Canada, 1 in 5 people will personally experience a mental health problem in any given year. Unlike some physical ailments, mental health can affect anyone, regardless of age, income, education, or culture. Approximately 8% of adults will experience major depression at some point in their lives.

Although many are standing up to fight the stigma against mental health, there is still a huge barrier present to many that stand between them and the help they need. The stigma surrounding mental health can lead to discrimination that could prevent individuals from seeking a diagnosis and treatment that could potentially change their lives for the better.

According to the Canadian Mental Health Association, people with severe mental health conditions are disproportionately affected by homelessness. Overall, mental health is an ongoing problem for Canadians (and worldwide), and we continue to fight as a community every day.

Is Spirituality a Viable Resource?

The connection between religion and health is not a new conversation. Studies have been continually conducted over the years to explore the links between spirituality and its effect on physical and mental health.

In 2005, a survey conducted in Atlanta, Georgia, of nearly 37,000 men and women showed that people who regularly attended worship services were less likely to suffer from depression than those who don’t. Researcher Marilyn Baetz, MD, of the University of Saskatchewan, said, “The higher the worship frequency, the lower the odds of depression, mania, and panic disorders.”

A more recent study conducted in Ireland included more than 6,000 adults over the age of 50 to explore the effect of religion and spirituality on mental health. The study found that individuals who regularly attended religious services had fewer depressive symptoms than those who did not. This study’s results align with the 2005 Atlanta survey, which signals the importance of religious beliefs and mental health.

The author and lead of the Irish study hypothesized that the “later-in-life boost worship seems to bring can be attributed to the increased social and emotional support from one’s religious and social networks.” For many, active religious participation gives individuals the chance to combat the isolation felt from many factors, like living alone. The same study also found that social connectedness was one of the most important predictors of mental health and well-being in those studied.

In 2017, a study published in PLOS One found that attending regular worship services led to a reduction in the body’s stress responses as measured by cortisol levels, stress hormones, and immune function changes. The study team also found that more frequent churchgoers (more than once a week) had a 55% reduction in mortality compared to nonchurchgoers.

How Regeneration Can Help

At Regeneration, we believe spirituality plays a significant role in the emotional and mental ability needed to overcome, instill strength and conviction, and go forward in hope. Regardless of your story, we always aim to provide a community that welcomes everyone with open arms.

Although we practice Christian love in action through daily prayer services and fellowship meetings, we support all beliefs. If living in faith means something different to you, we will always respect that and provide guidance wherever necessary.

Mental health is an ongoing battle that many of us face every day. Finding something that works for you is crucial, and our compassionate staff is always here to help you do so. At Regeneration, you’ll find an on-site chaplain and many other team members and offer individual spiritual support at any time.

Together, we can make a difference. And that’s what we plan to do.